Vaccines are a public good, not a corporate product

Europe should focus on acquiring patents and production licenses, not just vaccines 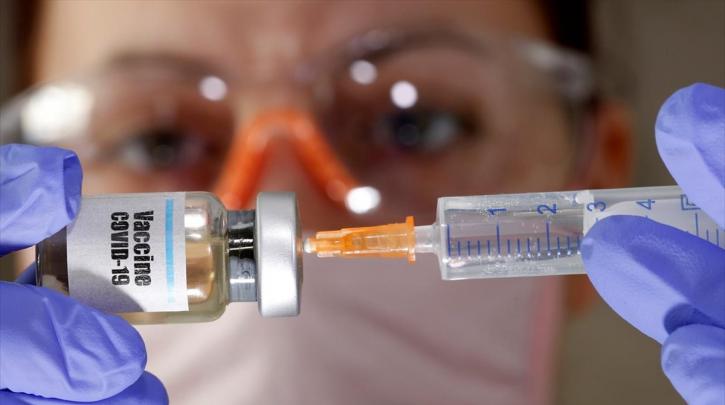 Alexis Tsipras, the leader of Greece’s main opposition party SYRIZA-Progressive Alliance, was prime minister of Greece from 2015 to 2019.

ATHENS — In the global fight against the coronavirus pandemic, scientists have overwhelmingly done their part: An unprecedented collective effort to decode the virus, educate the public and develop vaccines has brought the end of the crisis into sight.

Now, it’s time for politicians to move past “business-as-usual” politics and fear of disturbing corporate interests, to ensure we do not squander this opportunity. The political decisions we make now are a matter of life or death.

Faced with the serious possibility of a vaccine shortage, as companies now decrease or delay deliveries, the EU urgently needs to rethink its approach. Already, certain EU countries are scrambling to acquire vaccines on a national level, breaking their EU commitments.

Europe’s strategy to depend on the capacity and business plans of a few pharmaceutical companies to develop vaccines for its entire population was always a weak one — both practically and in principle.

We’re now at a point where the most needed and valuable product in the world — whose research and development was funded to a great extent by European taxpayers — cannot be distributed as widely as possible because of the corporate priorities and naturally limited production capacities of the pharmaceutical companies that developed it.

This situation can’t be allowed to continue.

There are plenty of EU pharmaceutical companies with production facilities inside and outside the EU that could be codeveloping vaccines and contributing to the effort.

The EU should secure as many vaccine production licenses and production lines as it can, and acquire the relevant patents to create a European patents pool. This would give every EU member country that has the means and the infrastructure to produce vaccines the opportunity to mobilize its resources and help speed up production, on the basis of EMA standards.

This should not be seen as a hostile move toward the pharmaceutical industry, which played a significant part in the overall effort to tackle this pandemic.

But we should be assertive in striving to reach a mutual agreement with the patent holders on the basis of goodwill and the logic of research investment recovery that have formed the basis of previous EU negotiations.

It is imperative that we act swiftly and decisively. With the virus continuing to spread and mutate, even more families will lose loved ones in the coming months if we cannot secure the proper amount of vaccines on time.

It is also of paramount importance that we support non-EU countries in our neighborhood and the development of countries across the globe. We cannot afford to live in our own European bubble as our neighbors in the Western Balkans, North Africa or the Middle East face even more severe shortages of vaccines. As the WHO has said, “No one is safe until everyone is safe.”

The EU urgently needs to step up its contribution to COVAX, the WHO program whose goal is to ensure equitable distribution of vaccines. We must secure more production lines of the vaccine in order to contribute effectively to COVAX and the vaccination programs of non-EU countries.

Showing that the EU is ready to offer tangible support beyond its borders is particularly important at a time when there are question marks about the EU’s role in its neighborhood and its commitment to enlargement to the Western Balkans.

None of this is radical, nor is it even new. Since April, when the EU was raising funds to boost vaccine research and development, well-respected scientists, NGOs and elected officials have called for the EU to acquire relevant patents, rather than just order large quantities of the vaccines.

Most recently, 40 MEPs wrote to the European Parliament’s leadership — following a SYRIZA-Progressive Alliance initiative — to urge the EU to acquire COVID-19 vaccine patents in order to avoid delays and shortages.

At a time when our societies face a heavy burden of fear, insecurity and economic recession, the news of effective vaccines has provided hope that we will overcome these appalling times.

To make good on this possibility, Europe’s politicians must set a global example and be willing to step up their efforts to ensure vaccines are distributed quickly and equitably.