"I believe that Europe has the historical duty to immediately shape an overall immigration policy, which would ensure human rights and serve European values" 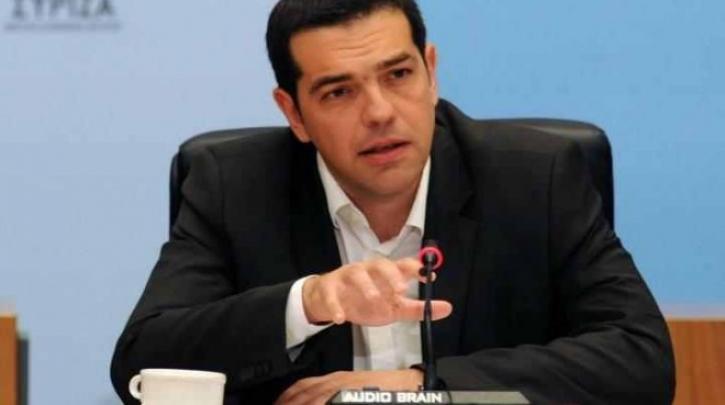 President of the European Council

Mr President of the European Council,

The loss of life of hundreds of immigrants in the seas of South Europe continues undiminished. Subsequent to the drama of Lampedusa, nine children and three mothers tragically lost their lives, only a few days ago in the North Aegean Sea.

To this day, the initiatives undertaken by the European Union (EU) to tackle immigration in the countries of origin had no measurable results. The programmes designed to support the Barcelona Declaration were effectively abandoned, without having achieved any of their targets. For certain, the target of assisting the countries of North Africa and part of the Middle East in order to improve their economies and decrease unemployment was not achieved. Had it been attained, it would have decreased the number of citizens who emigrate to the European Union in any legal or illegal way.

In addition, wars in the wider Mediterranean region and the Middle East, which are a further basic cause of migration flows, have intensified, increasing those flows and multiplying human tragedy in the Mediterranean Sea.

Let me remind you that, from 1998 to 2013, at least 17.000 human beings lost their lives during their effort to emigrate to the EU. The United Nations estimates the current level of migrants on a world scale to 214 million. That is, close to 3% of world population. Therefore, it is not realistic to believe that we will halt the inflow of migrants, that is, of people who are seeking a better life in the EU countries, by constructing ever taller walls.

No Frontex force and no fence could stop a phenomenon which is partly a result of the crisis in the countries of origin. Nor shall we achieve it by adopting in the South ever more repressive policies against immigrants under the pressure of the governments of the North of Europe.

In that context, it is necessary to immediately review the overall EU institutional framework for immigration and asylum, in the direction of ensuring the protection of fundamental human rights on the entire European soil.

It is absolutely necessary to immediately plan efficient measures to rescue migrants on the open sea, to set up reception centers at the entry points, and adopt a legal procedure and a new legal framework, which would efficiently and justly settle access of immigrants to all EU countries, in a fair and proportional fashion, taking into consideration, as far as possible, their own wishes.

It is hypocritical and immoral for the heads of various EU institutional bodies, subsequent to a tragic event, to make pompous statements, which are forgotten once TV cameras leave the sites of tragedy that they have visited.

Ambitious proclamations, when not supported by concrete actions and transformed into adequately funded policies, act as a brake on the efforts of the EU South countries to tackle that huge humanitarian problem.

I believe that Europe has the historical duty to immediately shape an overall immigration policy, which would ensure human rights and serve European values.

Mr President of the European Council,

Following the repeated and recent tragic events in Lampedusa and Farmakonisi, I ask you to immediately take the initiative, according to article 15, para. 3 of the Treaty on European Union and convene a special meeting of the European Council as soon as possible, with the subject of having Council Regulation (EC) No 343/2003 (Dublin II) revised, according to article 80 of the Treaty on the Functioning of the European Union that EU policies on immigration shall be governed “by the principle of solidarity and fair sharing of responsibility, including its financial implications, between the Member States”.

I also request that your initiative comprises the urgent release of funds to effectively tackle that humanitarian problem, which continually worsens, in the context of the relevant provisions for emergency situations.

Candidate of the Party of the European Left

for the Presidency of the European Commission