Tsipras: Austerity is not a rule in European Union

Greek Prime Minister Alexis Tsipras addressed to his European Union allies on Thursday, pledging to "put an end once and for all" to the EU's austerity policies. 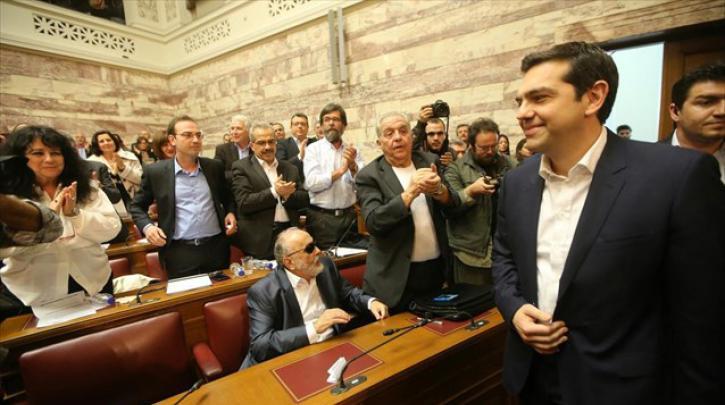 Alexis Tsipras in his first speech to his new parliamentary group after returning from a European tour said Athens was no longer open to being told what to do.

"Greece won't take orders any more, especially orders through emails," he said. "Greece is no longer the miserable partner who listens to lectures to do its homework. Greece has its own voice".

In an apparent reference to the tough stance taken by the European Central Bank and others, Tspiras said: "Greece cannot blackmailed because democracy in Europe cannot be blackmailed."

Tsipras and finance minister, Yanis Varoufakis, have been crisscrossing Europe to win support from partners for their plan to win debt relief and end austerity policies.

"In only a week we won allies that we haven't won in the last five years of the crisis,"  the Prime Minister said.