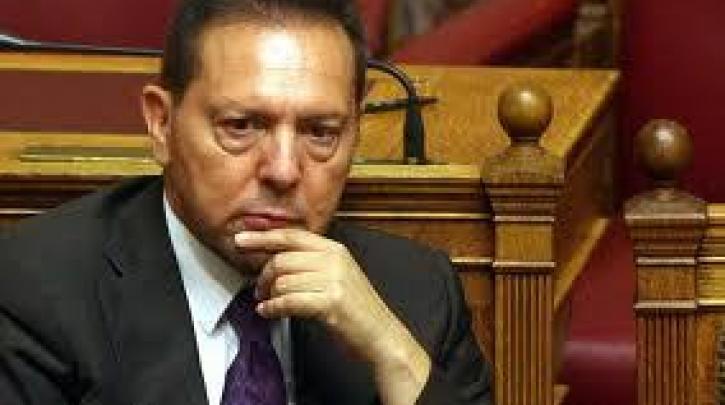 Francine Lacqua: This past week, the IMF and the Euro zone nations unlocked the latest tranche of aid for the country.

Guy Johnson: However, Greece’s finance minister Yannis Stournaras is quoted in an Athens’s newspaper as saying Greece will not get its next loans if it doesn’t proceed with public sector job cuts. We’ve now got the chance to talk to him. Mr. Stournaras, thank you very much indeed for joining us from Athens. Look, let’s start off talking about the financing gap, first of all. The IMF says over the 2014-2016 period, that’s going to be around 11 billion euros. You’ve questioned whether or not that is going to be the case. How confident are you in that prediction? Because it’s going to matter an awful lot.

Yannis Stournaras: Well, this is not a great issue. We are discussing this with our partners. It is not our greater concern. This is a small amount of money. And as you know, up to August 2014, Greece is fully covered. For the remaining period, the understanding is that if Greece satisfies all the preconditions then our partners will agree to covering the financing gap. So this is not a great concern for us at the moment.

GJ: It’s not a great concern for you, but people are beginning to pay attention to it. The IMF may not lend to a creditor country if it doesn’t have formal financing for the upcoming year. When we get to October and you put your budget into place, do you think that is going to be the case? Do you think that the IMF is going to be in a situation where it can lend to you? You’ve just indicated you feel pretty confident that that’s going to be the case, but there is already talk about the fact that some of the debt may need to be restructured, that there may need to be changes in the second bailout structure that has been put in place for your country.

YS: The IMF will stay in. This is the understanding for Greece now. The greatest concern is to produce a primary surplus this year, to come back to positive growth rate, to put the positive growth rates from the beginning of next year. These are our main concerns at the moment. These are the catalysts for finding solutions to the remaining problems. So what you mention is not our greatest concern at the moment.

FL: Minister, I understand it is not your greatest concern, but nevertheless, it must be one of your concerns. Greece, does it not need debt relief to make the debt more sustainable, and if it does, will this actually enter into the debate in the German elections?

YS: The German election is not our concern also. I repeat again that while we are trying to do now is to produce a primary surplus for this year, to complete structural reforms, and to come back to positive growth rates. If we achieve this, then the rest of the problems will be solved. This is the state of play with our partners now.

FL: Minister, I understand that your focus is trying to get the country to take a little bit more pain, but to be better and start growing again, but this is a problem that we’ve seen with many European politicians, that they don’t have a plan B in place. You must be thinking of a plan B, and have you discussed this plan B with the Germans? At the end of the day, they are the ones that are going to pay for anything.

YS: There’s no plan B. Everything has been agreed in the euro group. If you go back to the euro group decisions towards the end of last year, all the necessary ingredients of our solution are there. So we have a very good working relationship with the troika, with our partners in the euro group, and I do not envisage any problem at the moment. The fiscal situation has been improved tremendously. We have improved our structural debt by 13% of GDP in the last three years. So this is a very great achievement and markets have taken notice of this.

GJ: Minister, there does seem to be a desire within the government to not talk about the possibility of any more austerity, that the numbers are going to add up, that everything is going to be ok. And the reason that seems to be the case is that more austerity is simply not possible because the government doesn’t have the necessary majority or it has a shaky majority to be able to push such austerity through, even those MP that are on board at the moment with the government would look fairly dimly on that idea. Is this about political mathematics rather than economic mathematics?

YS: First of all, I agree with you that further austerity is not a solution to the problem. Now our concern is how to combine further fiscal [inaudible] with a return to growth. Well the government has a comfortable majority. I do not envisage any problem on this grounds so I mean this is not a problem.

GJ: So sorry you have a comfortable majority?

YS: We have a comfortable majority. Yes, yes.

YS: The question now is not further austerity. What we are trying to do is to improve the tax collection mechanisms to do the public sector reforms. This is now the two major tasks we have in front of us. To complete the remaining structural reforms that need to be done. On fiscal adjustment we still– we have covered, as you know, more than two thirds of the distance to the end. The remaining, of course, one third is not easy, but now the situation is better. We envisage positive growth next year. So this will make the further fiscal adjustment much easier than before.

FL: Minister, you are trying to paint a very rosy picture. If you don’t see a problem with the financing gap in 2014-2016, if you think that everything’s going to go through, if you think that the public sector job cuts will go through smoothly, let me ask you this — what is your concern?

YS: The main concern is to implement what has to be done. If you judge us on our performance in the last year, you will see that we have managed to turn back the economy. Nobody talks about the Greek exit now. Our main concern is to continue on the road we have designed and to implement the remaining decisions. So implementation now is my concern.

GJ: Talking of implementation, can you give us an update on where you stand with the privatisation program, and do you think you’ll hit your targets this year?

FL: Minister, talk to us a little bit about the trial reduction on VAT rates on restaurants, cafes, and bars. Are you satisfied that the cuts have now passed on to the consumers?

YS: We monitor this situation very carefully. We have become very tough with those that do not issue invoices. Last night, we have closed down a major restaurant in northern Greece. We will continue doing so. So everybody has to abide by the rules.

GJ: It sounds like you’ve got everything in hand. Everything is functioning as it should be and you’re on the kind of trajectory that you would hope for the Greek economy. As a result of which, can you just definitively tell me whether or not at this stage you think that there is any need at all for some sort of restructuring of Greece’s debt, largely now held in the public sector of your EU partners?

YS: I will repeat the phrase that exists in the euro group decision of last November which said– if and when Greece produces a primary surplus, then the euro group will take appropriate means to bring debt even further if this is needed. So I abide by this, this philosophy.

FL: So no haircuts, is that what you’re telling us? You do not see any haircuts in the future?

FL: All right, Minister, thank you so much. The Greek finance minister, Yannis Stournaras.