Statement regarding the developments in Cyprus by the President of the Parliamentary Group of SYRIZA-USF, Alexis Tsipras

Statement regarding the developments in Cyprus by the President of the Parliamentary Group of SYRIZA-USF, Alexis Tsipras 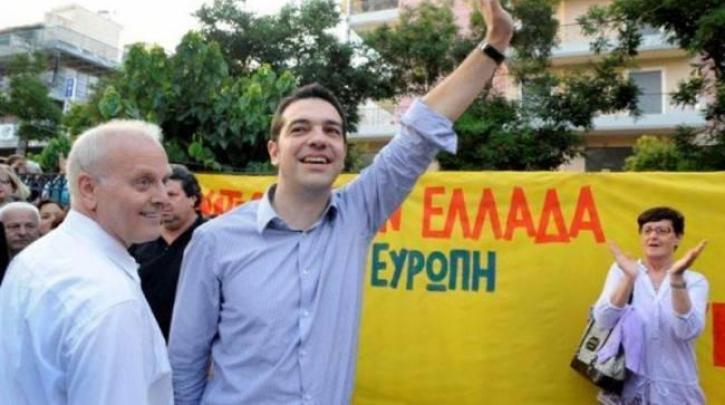 It is now clear that the European leadership is treading a path, which is now openly a road against the European peoples. The strategy of the German government, with the blessings of the speculative financial capital in Europe, is a strategy of colonization throughout the European South, especially in Greece and Cyprus.

A key tool for the implementation of this strategy is extortion based on debt. Even if the debt didn’t exist, they would have invented it, in order to serve their goals.

But the Eurogroup's decision, last Friday, jeopardizes the stability of the financial system across the Eurozone.

It is a bomb in the foundations of stability, not only of the banking system in Cyprus, but throughout Europe.

This decision must be canceled, before it causes irreversible losses.

The Greek side, as expressed by Mr. Stournaras and Mr Samaras’s commands, supported these provocative and unacceptable decisions. The Greek government did not hesitate to agree to a haircut of the deposits of Cypriot citizens, thus creating an unacceptable precedent for countries that are in financial risk in the Eurozone.

With this decision, the Greek government basically takes a historical responsibility, without even providing any kind of information, secretly from the Greek people and the Greek Parliament.

Yesterday I asked, with a letter to the President of the Parliament, for an immediate briefing of the national assembly for the stance of the government last Friday at the Eurogroup meeting.

Unfortunately, they refused with cheap excuses.

But the real question remains. The Greek government is not entitled to consent without updating and approval of the Parliament, in a decision that essentially dissolves the Cypriot financial system and poses huge risks in the Greek financial system.

We urgently call the Prime Minister who is essentially responsible for the rejection of this claim, to convene on his own initiative, tomorrow, an extraordinary session of the Parliament, as he has the right but also the obligation to do so.

According to our estimation, the obvious ultimate goal of the political choice of the Eurogroup is not the rescue of the Cypriot economy, but to impose a regime of absolute economic domination in Cyprus, a region of particular geopolitical value.

In this way, it is clear to us that they aim to bond in advance the energy resources of the Republic, including hydrocarbon resources.

The Greek government has a huge responsibility for the acceptance of such a decision.

The Greek Prime Minister has tied the country in Mrs Merkel’s Memorandum chariot, by ruining all the negotiating advantages he had immediately after the Greek elections, when he failed in every promise to renegotiate and stated that “nobody is sinless”; he even reached the point of characterizing the Greek European Exclusive Economic Zone as “European”, and now accepts, if not abetting, the new colonization of the Republic of Cyprus.

Once again, he ignores and devalues the necessary multidimensional foreign policy, and the role of the intervention of the popular actors on developments in both Greece and Cyprus.

But there are limits in the tolerance and the endurance of people.

We urge the government:

• Even in retrospect, not to validate a decision of colonization of Cyprus and the dissolution of its economy.

• To ask immediately for an Extraordinary EU Summit, to make clear that the Greek side will not accept such an option.

The decision of the Cypriot Parliament, whenever this comes into session in the coming hours or days, will determine not only the future of Cyprus, but possibly of the entire Eurozone.

The loud and proud NO of the Cypriot Parliament to the plans for the dissolution of the Cypriot Republic, will be, at the same time, a NO of all European peoples to a dead-end and self-destructive road for Europe.

It will also prove that, even in the most difficult moment, there is space for resistance and negotiation.

Besides, the mere threat, in these three days, of voting against the decision, resulted already in the first retreat by the European leadership.

Let those who think they can blackmail constantly and play with fire, now consider their responsibilities.

And, mainly, let them realize, that, apart from the governments they control, like the Greek pro-Memorandum governments in recent years, there are people who will not surrender without a fight.

The peoples of Europe have not yet said their last word.

The Greek and the Cypriot people will trigger a complete counter-attack of the peoples of Europe against the destructive plans of the European leadership, paving the way for the building of another Europe, a Europe of solidarity, democracy and social cohesion.