The right to democratic dissent

"The Greek government’s call for a referendum on the EU-ECB-IMF non-negotiable final demands depicts a democratic ethos which involves an alternative redistribution not only of goods and services but also of political power. It points to a democratic political power and political subjectivity to be construed in non-authoritarian and not-totalizable ways, with no underlying principle of homogeneity and authenticity. It seeks to activate a democracy with a plural demos within, despite and against the orthodoxy of post-democratic capital management. Above all, it signals how democracy is made possible and what democracy makes possible in terms of hitherto unavailable potentials" 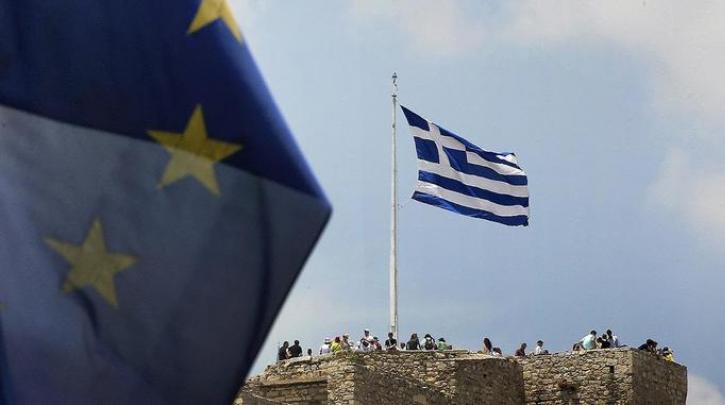 One of the normative impulses of Eurozone orthodoxy has been to forestall the element of dissent, and to establish an uncritical and authoritarian doctrine: namely, that neoliberal austerity is the only possible “game in town”.

For five years, the peoples of Greece and other countries of the European South have been experiencing the implications of a compulsory economization of the political terrain: rampant inequalities, dispossession of public space, dismissal of social rights. The role of EU and Eurozone bureaucracies, but also of the states and state institutions, has been reduced to safeguarding the pervasive functions of the market. The antagonistic spirit of corporate capitalism has taken precedence over democratic agonism.

The effacement of people’s sovereignty, but also of politics tout court, is crucial to the project of neoliberal governmentality. Regimes of governing through crisis management have hailed us as subjects of competitive economic struggle for survival; dispensable and disposable; exposed to the injuries of poverty, shrinkage of public spaces and services, demoralization, and racism. In examining challenges for democracy generated by austerity politics, Wendy Brown argues in her latest book that the values of democracy are undermined today not only by the unfettered power of finance capital and by extreme economic inequality, but also by a normative economic mode of reason and governance that “undoes” the constituent terms of democracy—freedom, equality, and popular sovereignty. 1

The SYRIZA government unsettled the neoliberal hegemony by working to end austerity and the “bailout” cycle, and by enacting new democratic configurations of political power. Its political agenda included, significantly, resisting and debunking the assumptions that underlie the neoconservative manufacture of consent around the narrative of austerity.

No critical agency can be ever deemed to be situated in exteriority to the existing state of affairs and workings of power. But critical agency pertains to the question of how subjects, through our embodiedness and embeddedness, might contest with others the injurious terms of our subjectivation. An alternative economy of bodies emerged and made space for enacting a mode of politics that involves insisting on the possibilities of critical agency in the face of its impossibility. This has been the wager of anti-neoliberal movements, public assemblies, uprisings, and solidarity collectivities. And this is SYRIZA’s unwavering political commitment: to mobilize the potentiality of transforming such unjust and injurious interpellations, in the direction of a new Europe of justice, equality, and solidarity. The point of such political actualities has been to make way, again and again, for new social and political potentials, spaces, and visions for equality, justice and democracy in Greece and in Europe at large.

For five months the SYRIZA government negotiated with the European Union (EU), European Central Bank (ECB), and International Monetary Fund (IMF) institutions amidst harsh attacks from the conservative political and economic establishment, leading figures, neoliberal technocrats and various elites within EU. The government mobilized what is deemed anathema in current EU orthodoxy: namely, the element of disagreement and critical agonism. It did so in the name of those who suffered the most by the politics of austerity and state abandonment.

During the past few days, every time the Greek government made a compromise, or even a concession, in the direction of coming to a viable agreement, the institutions relentlessly came up with new onerous, punitive demands, including demands for additional cuts in the social security and pension system. Eager to confirm the “there is no alternative” neoliberal doctrine, they sought to defeat and humiliate the Greek government, the first left-wing government ever elected in a EU member state, by forcing it to comply with the axioms of neoliberal governmentality.

During the Euro summit of last Thursday evening (25.6.2015), Donald Tusk, the President of the European Council, declared that “the game is over”. “A million and a half unemployed, three million poor and thousands of families without income is not a game” responded the Prime Minister of Greece, Alexis Tsipras.” After Tsipras called a referendum, Yanis Varoufakis, the Finance Minister of Greece, was not invited to participate in the second part of the Eurozone Finance Ministers emergency meeting on June 27, 2015. A couple of days before that emergency meeting, the Managing Director of IMF, Christine Lagarde had reportedly said at a press briefing: “The key emergency is to restore the dialogue with adults in the room.”

The SYRIZA call for a referendum for July 5 over the EU-ECB-IMF non-negotiable final demands was a democratic government’s only possible response, ethically and politically, to the international creditors’ impudent ultimatum.

Upon the announcement of the decision, all local and international power centres, elites, and establishments deployed their weapons of fearmongering and blackmailing to delegitimize the very possibility of holding a referendum. Understandably so, as the decision for the referendum seemed to unsettle their plans. Holding the gun of a bank run to the head of the SYRIZA government, Europe’s mainstream forces had presumed that this government too would capitulate at the end, and the old guard of neoliberal, right-wing, former social-democratic and other forces of the “extreme center” would come back to power.

With its reactions to the call for a referendum, the configuration of advanced capitalist power that has subsumed all politics under the “unmarked universal” of market economy, demonstrated nothing less than a sheer antidemocratic cynicism. As a response to the announcement of the referendum, today’s (28.6.2015) decision of the ECB to cap emergency liquidity to Greek banks is meant to put huge pressure on the Greek banking sector, but also on the government itself.

However, blackmailing and ultimatums are not what Europe is, or what it should be about. The Greek government’s decision to trust the people to determine their own future offers the European Union a unique chance of critical self-reflection; a chance to resume its proclaimed pluralist and egalitarian legacies.

The call for a referendum, ratified by the Greek Parliament, figures a break with the logics and logistics of austerity and authoritarianism in Europe. It figures also an opening to the performative potential of people’s sovereignty and a Europe that trusts the power of the plural, inclusionary, and non-essentialized demos, which is the guiding and animating force of democracy.

As Étienne Balibar has argued, a democratic Europe can only come from citizens’ initiatives of protest and sustained revolt in the face of this neoliberal crisis. On one important proviso: “that this protest won’t itself drift into a state of majoritarian nationalist victimhood and that it proves able to suggest alternatives that make sense to the majority of the citizens across the continent.” 2

The Greek government’s call for a referendum on the EU-ECB-IMF non-negotiable final demands depicts a democratic ethos which involves an alternative redistribution not only of goods and services but also of political power. It points to a democratic political power and political subjectivity to be construed in non-authoritarian and not-totalizable ways, with no underlying principle of homogeneity and authenticity. It seeks to activate a democracy with a plural demos within, despite and against the orthodoxy of post-democratic capital management. Above all, it signals how democracy is made possible and what democracy makes possible in terms of hitherto unavailable potentials.