A response to the Guardian’s view on Greece. 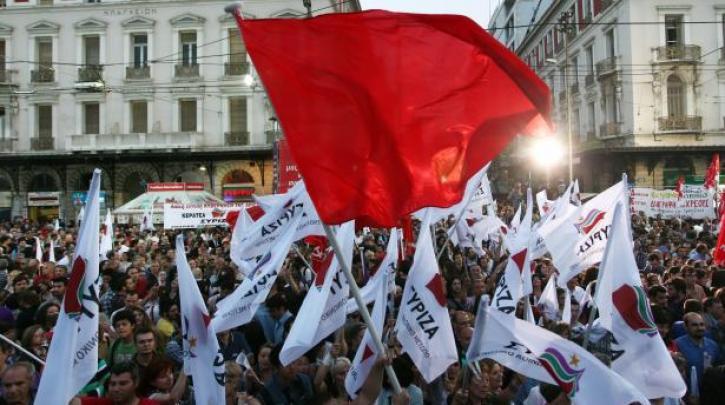 It is with disappointment and concern that I read the Guardian’s view on the Greek developments following the recent elections (here).

With disappointment and concern because if the Greek effort is misunderstood, then there is little hope of the much needed support for a country fighting for social justice, dignity and political self-determination. Because if the natural allies - those who have been standing on the same side in the struggle against the rising inequalities of our times - misread the Greek effort as xenophobic and populist, then there is little space to question the neoliberal narrative of austerity which prevails in Europe at the moment.

The bottom line of the article is that the new government in Greece is an example of the rising populism and xenophobia in Europe. It claims that regardless of their left or right political credentials, whether in the North or South of Europe, those political parties that stand against the economic and social crisis caused by years of austerity are essentially populist and xenophobic and do not hesitate to  accuse ‘foreigners’ as the main culprits for their plights. According to the article, ‘they all blame foreigners and that must be wrong and dangerous’. And indeed blaming foreigners is wrong and dangerous and outright xenophobic when the blame is put on immigration, on those vulnerable and marginalised social groups who are the scapegoats par excellence in this time of crisis. But the story is very different when the ‘foreigners’ are those institutions – and the EU is one of them – which have been leading Greece down the spiral of austerity, pauperisation and despair.

If it would be intellectually dishonest, as the article argues, to lay all the blame for current hardships on Angela Merkel, but it would be equally intellectually dishonest to lump together left and right, and qualify the much deserved criticism of those European and international institutions which have led Greece as well as the South of Europe to destitution and hopelessness as xenophobic and populist. What is equally intellectually dishonest is that by labelling dissent to feral neoliberalism as xenophobic and populist, the article silences the fact that Syriza’s message has been consistently for a ‘Europe of the people’, for a Europe which must live up to its foundational humanist values and which must refuse to be reduced to its financial elites and the logic of austerity.

Ante elections, SYRIZA was systematically represented first as a utopian and unrealistic party and then as a rebranded version of PASOK (the socialist party which dominated the political scene in the past forty years) and hence expected to make a U-turn in its promises. Post elections, when SYRIZA appeared determined to stick to these promises, it became dangerous, populist, nationalist and xenophobic.

Playing the liberal card, the article claims that ‘ideological extremes can meet in cold-blooded ways when it suits their interests’. Let alone that what counts as ‘extreme’ and ‘mainstream’ is always subject to the dominant ideological context which determines the content and use of such labels, it says nothing about what these interests may be and who these interests represent. A different reading of the situation could be that what we witness in Greece is the social rejection of those policies which brought the country to the brink of humanitarian crisis and which gave an unprecedented result: a collation government of the left and the right formed by those who have been mostly hit by the crisis, that is the overwhelming majority of the working and middle classes. It is no accident that the government enjoys extremely high levels of trust, as the latest polls demonstrate. Bad faith can read this as opportunistic, which is essentially what the article implies. But for those who still pay the price of neoliberal experiments, this government also represents the rejection of that kind of political cynicism that passes for pragmatism and normalises the idea that indebted countries deserve to have their social rights suspended.

But most importantly, what this view disregards is the struggle of the politics of hope against the politics of fear, for Greece and for Europe. From this corner of the world, what we witness here in Greece is the restoration of our hopes, our dignity, our voice. And reading this as populist, xenophobic or nationalist ‘must be wrong and dangerous’ too.