A huge rally took place on Wednesday evening in Athens, where thousands of people demonstrated near the place where 34-year-old antifascist and rap singer Pavlos Fyssas was murdered by a neonazi, member of the Golden Dawn party. The police attacked the demonstration using tear-gas, 4 demonstrators are reported injured, more than 40 have been temporarily arrested. 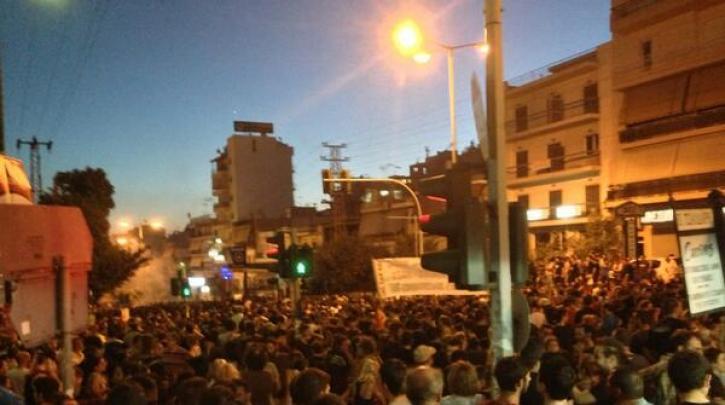 Thousands arrived at Amfiali, a suburb close to Athens, this afternoon to protest the death of 34-year-old Pavlos Fyssas who was attacked and stabbed by neonazis the previous evening. Αccording to all the information gathered here in left.gr:

The huge demonstration started peacefully although it was clear that there was heavy police presence in the area. Left parties and organizations, anarchists, antifascist groups, simple people wanting to protest against the acts of the neonazi gangs participated in the demonstration.

Today it was Pavlos, your child is next, then your friend, then yourself... Wake up! 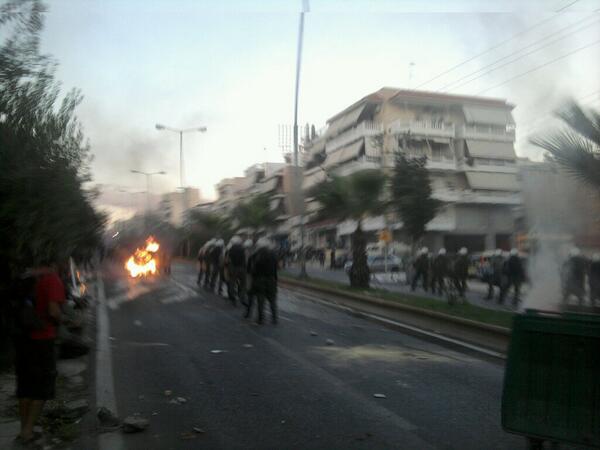 Police grabbed the chance to break up the demonstration when some demonstrators tried to reach the local police station. The special "riot unit" of the police used sound bombs and tear gas to disperse the crowd. 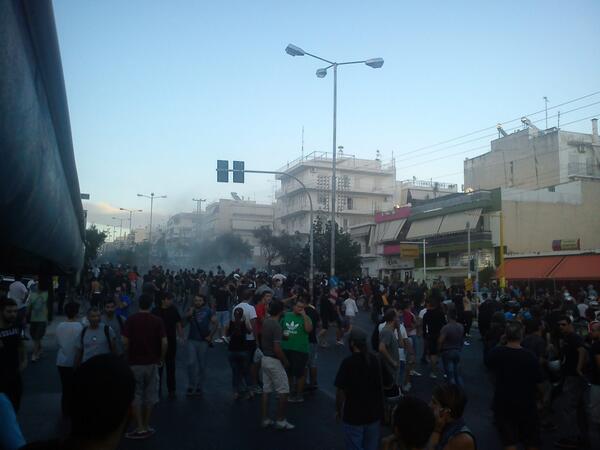 Tear gas thrown by the police 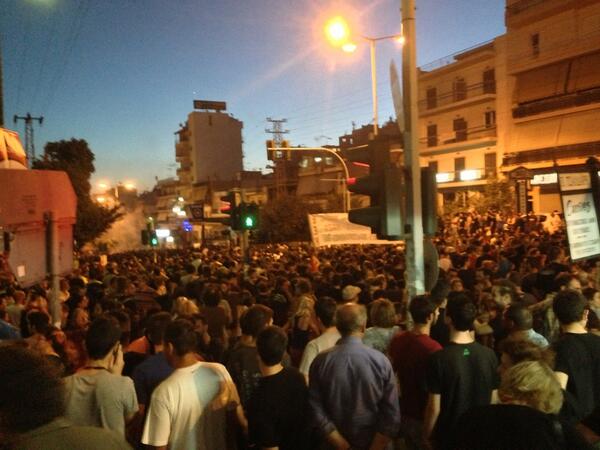 Still, the main part of the demonstration was not dismantled and the protest went on till early in the evening.  Groups of demonsrators in various parts of Amfiali scuffled with the police and also some banks were attacked. More that 40 people have been detained by the police and transferred to the police headquarters in downtown Athens, where a solidarity demo is in progress till late in the night. In one case, the police surrounded a cafeteria and went on with massive arrests of everyone inside.

The police, with both the special riot units and dozens of policemen on motorcycles, finally attacked the crowd a little before 9 o' clock in the evening using  physical violence and huge amounts of tear gas.

One of the most shocking things today, even though it's not at all unusual, is that the police special unit protected and gave coverage to fascists who were throwing stones to the demonstrators. 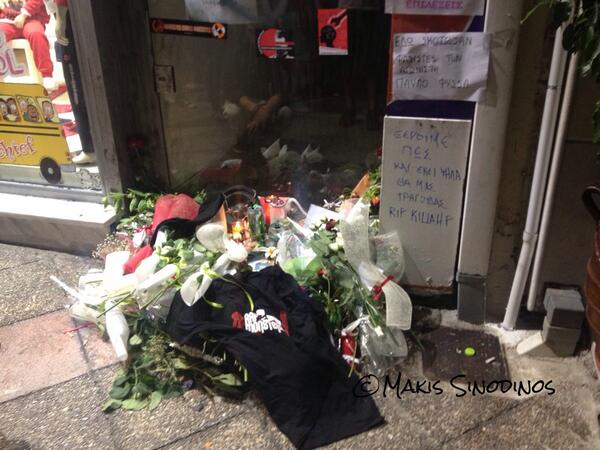 A few flowers in the place where Pavlos Fyssas was murdered

Earlier on Wednesday, during the march of the workers in the social sector who are on a 48-hour strike, this banner about the murder of Pavlos Fyssas  was raised in front of the greek parliament in Athens:

Massive protests were held in many cities (Thessaloniki, Patras, Xanthi etc.)  across Greece these evening. Here's a picture from Thessaloniki, were a massive protest was also held - the police, same as in Athens, use the same tactics with loads of tear-gas thrown to break-up the demonstration: 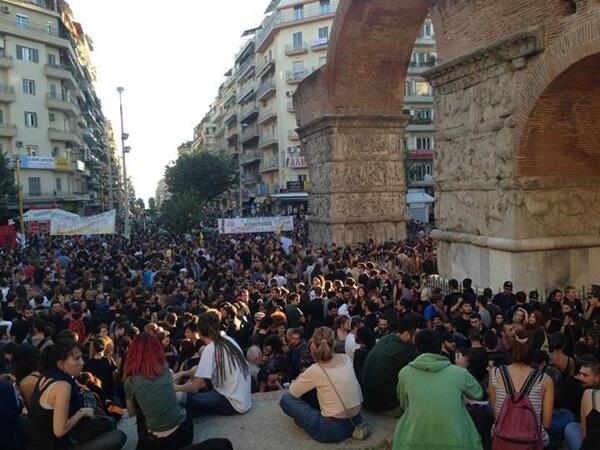