The Developments in the Middle East and the Danger of War 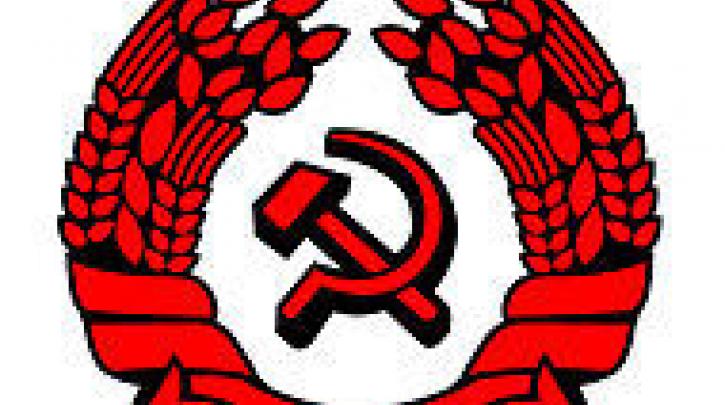 Let me start by congratulating – on behalf of the Communist Party of Israel AND the Emil Touma Institute for Palestinian and Israeli Studies  – our comrades in Syriza and on the occasion of the founding congress of the party.  We wish you great success in your just struggle to facing the neolibiral attack imposed by the European Union  , we wish you a great success in your struggle to  advance the cause of Peace, Progress and Socialism in Greece and in Europe as a whole.

The rightwing government in Israel, that until recently has bragged about its neo-liberal policies, and about how they supposedly helped Israel to secure itself from the effects of the world capitalist crisis, is the same government that admits in these very days the fact that Israel has also spiraled deep into the crisis, and is desperately trying to come up with new ways to make the Israeli working class and popular strata to pay for the price of the crisis, while bailing out the Israeli Capitalists.

The rightwing government in Israel does not have real economic solutions to the grave economic situation its policies has helped to create, in the same way that it does not have proper political solutions to the political crisis that the country had sunk into. Therefore, it is not a coincidence that the militaristic phrase-mongering is on the rise, and that the drums of war are beating against Iran, Lebanon, Gaza and Syria. It is also not a coincidence that existential threats are being made towards the Palestinian leadership, as a part of the Israeli involvement in the imperialist plans to reorganize the political formation of the region in a new order, a "grand Middle East", under the hegemony of the US.

Netanyahu's government is willing to pay lip service to the idea of negotiations with the Palestinians, in order to please the world public opinion so as to put the Palestinian just cause aside , and allow Israel to continue to put pressure on Iran. It is important to note, that both Israel and the US are in fact more interested in merely carrying out negotiations, rather than in their practical outcome.

The current situation – in which Israel avoids advancing towards a real political solution ,that ends the occupation, and in which the US avoids pressuring Israel – is a comfortable situation for these two governments. But dangerous for the peopols of the region.

In the last visit of the Arab League's delegation to Washington, two months ago, an interesting development took place. The Prime Minister of Qatar has announced, that their "Arab Peace Initiative" will include, from now on, the concept of exchanging territories, as well as the concept of the so-called "regional solution" for the Israeli-Palestinian conflict.

This means that the Arab League has accommodated the position of the Israeli Right, which demands that large parts of the Palestinian West Bank will remain in Israeli hands, without dismantling the big Settlements, and that political solution cannot be based on the borders of June 1967 . But rather based on exchange of territories in northern Sinai.

It seems, that the program of the Israeli rejectionist has now been adopted by the "peace messengers" of the Arab League… It is proved once more that Imperialism , Zionism and the Arab reactionary Arab regimesare ccoparate in robbing the Palestinian people of its national rights , especially the rights for national self determination, and shre responsibility for the Palestinian plight, all of them together and each of them alone .this was the case in the past and this still is the case today .

Struggling against this traipartite collusion , was and stilltoday the measure stick . In the CPI case, this struggle was one of the seminal contributions of the Jewish and Arab Communists in Palestine and Israel, and is one of our distinguishing marks in the Middle Eastern political arena.

When we were speaking in the last two years about the imperialistic nature of the terrorist attack on Syria, some opportunists even in the left , accused us of adapting the logic of  "Conspiracy Theory  " . Now it is a glaring fact : that what is taking place in Syria , is not a conspiracy theory at all .. IT IS A DISASTEROUS Imperialistic CONSPIRACY with a terroristic nature , not against the regime , but against Syria and the peopols of the region.

The terrorist forces which are pouring into Syria – under the pretext of a so-called "popular protest" – have suffered a series of military defeats. As a result, the US has been pushed into the corner, and was forced to express a willingness to advance towards a political solution of the Syrian crisis, and to participate in the Geneva talks. Needless to say, this does not mean that the US has ceased from its attempts to sabotage the possibility of a diplomatic solution, as can be understood from its decision to directly arm the rebels, from its threats about a "No Fly Zone" in Syria, and from the large amounts of arms that it is delivering to the rebels who are training in the American bases in Jordan.

In the last few years, there have been significant discoveries of oil and gas in the Middle East: in 2010 oil was struck in the vicinity of the city of Homs, in Syria; fields of natural gas were discovered in the eastern Mediterranean; and large deposits of oil were found in Southern Sudan and in the center of Iraq.

If we superimpose the map of these newly discovered natural resources, and the needed pipelines of exporting gas and oil , with the map of Imperialist involvement and war, the truth will be plainly visible: these two maps are almost identical. With these facts taken together – and noting the timing of the Imperialist maneuvers – the picture becomes clear.

Another aspect of the Israeli strategy is its attempt to reverse the political agenda in the region, raising to the fore the Iranian question, at the expense of the Palestinian question and a peaceful solution. The rights of the Palestinian people, the continuing occupation, and the expansion of the settlements – all of these questions are pushed to the back.

It is interesting to note that while Israel constantly repeats the mantra on the supposedly existential threat that hangs upon its head – if and when any of the countries in the region will attempt to come in possession of nuclear weapons – at the same time, it is the first to oppose the idea of a Nuclear-Free zone in the Middle East,

What is certain, is that a mad Israeli war initiative against Iran, will not be a war of survival for Israel as we were being told by prime minister Netanyahu, but rather a war in defense of Israel's nuclear monopoly in the Middle East.

It is now clearer than ever, even to most Israelis, that no option exists for a one-sided monopoly in the ME over nuclear and other weapons of mass destruction. If such weapons exist in the ME, they will not be in the exclusive possession of one party. Thus, the existence of huge amounts of nuclear weapons in Israel not only does not deter other states from developing these weapons, but actually motivates them to attempt to obtain them and other non-conventional weapons in response.

It is time that the truth be said in a loud and clear voice: Contrary to how it tries to portray itself, Israel is not the victim, nor the answer to the nuclear problem that exists in the Middle East, but rather – Israel is the core of this nuclear problem; it does not show the way out of the nuclear arms race, but rather – it is the reason for this nuclear arms race.

When the Israeli leadership is being pressured to join the initiative for making the Middle East a nuclear free zone, it responds with arguing that Israel will only agree to discuss this matter, once a comprehensive and stable peace will be achieved in the area. This misleading argument is grounded on the notion that the Israeli nuclear arsenal is actually a pre-condition for achieving peace in the region. It is an Israeli deception, another illusion we must thoroughly reject.

In fact ,The Israeli refusal to advance towards just peace and political solution, its constant threats of war and regional aggression, its denial of the national rights of the Palestinian people, its contempt towards UN resolutions and international law, its continued expansion of settlements and deepening of the occupation – all these would not have been possible, without Israel's reliance on its nuclear monopoly on the one hand, and the political backing that is provided by the US on the other hand. Therefore we say that the Israeli refusal on the nuclear question – consolidates its refusal on the political question.

The Israeli equation must be turned on its head: not the comprehensive peace in the region is the pre-condition for nuclear disarmament, but on the contrary – the nuclear disarmament and complete halt of all plans to develop nuclear weapons throughout the region, including Israel and Iran, must be a very essential part of achieving peace.

We call on the Left and other progressive forces in the region, in Europe and in the world as a whole, to raise a strong voice of opposition to the war, to denounce the Israeli continuous instigation and beating the drums of war;

The danger of disastrous regional war is indeed terrible – but it is not predestined by fate. It is essential, and still possible, to prevent the war. Let us move together to reach this goal. And we wish your congress all success..

Chairperson of the Emil Touma Institute for Palestinian and Israeli Studies,