GUE/NGL strongly condemns the IMF's politically-motivated 'contingency' austerity measures for Greece and calls for a fast and positive review of the first Greek adjustment programme based on the fact that Greece has met all the targets. 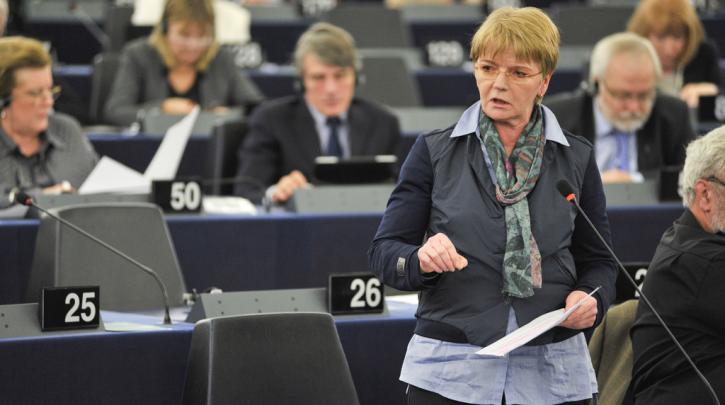 GUE/NGL President, Gabi Zimmer, underlines that "it is essential that the first review of the programme is concluded quickly and successfully on the basis of the July agreement, since all obligations have been fully met by Greece. Greece asks for nothing more, nothing less."

The call comes in response to the postponement of the Eurogroup meeting that was scheduled for this week and GUE/NGL is supporting the request by the Greek PM Alexis Tsipras for an extraordinary Euro Summit to deal with the unjustified stalemate in the negotiations on the conclusion of the first review of the adjustment programme for Greece.

Greece proposes an automatic adjustment mechanism as part of a 'package deal' in case of future diversions from the targets agreed. This 'package deal' would also include the commitment to start the discussion on debt easing which would give a new impetus to the Greek economy.

By contrast, Zimmer denounces the position of the International Monetary Fund: "The unjustified demands by the IMF and certain Eurogroup members, such as by the German Finance Minister, Schäuble, for extra measures go beyond the July 2015 agreement, and in some cases even go beyond the Greek constitution. These demands are politically motivated and constitute a form of blackmail against Greece and its people."

"Recent Eurostat data shows that the financial performance of Greece in 2015 well exceeded the obligations set out in the July agreement, despite the austerity measures, bank capital controls and an unprecedented refugee crisis.

"Greek society and the Greek economy do not need new recessionary measures. What Greece needs is the conclusion of the review and the necessary debt relief to stimulate the economy, regain the confidence of investors and finally return to growth.

"These new politically-motivated demands would renew uncertainty and jeopardise economic prospects and political stability in Greece, during a very challenging period for Europe as a whole. This should not be accepted!" Zimmer concludes.