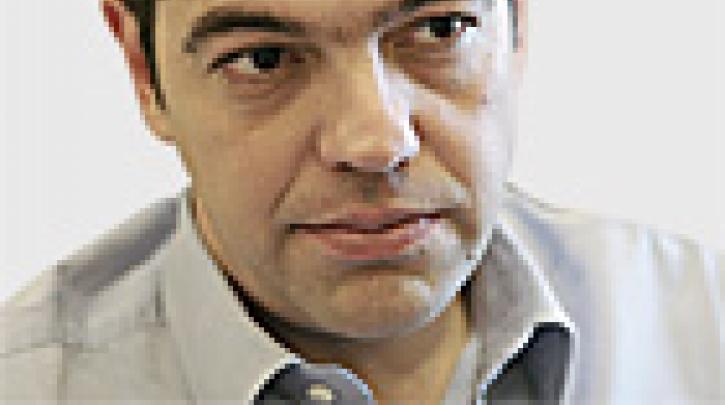 Europe can survive this austerity-induced crisis, but only if it is reshaped for and by the people

As Angela Merkel visits Athens on Tuesday, she will find a Greece in its fifth consecutive year of recession. In 2008 and 2009, the recession was a spillover from the global financial crisis. Since then it has been caused and deepened by the austerity policies imposed on Greece by the troika – of the International Monetary Fund, the European Union, the European Central Bank – and the Greek government.

These policies are devastating the Greek people, especially workers, pensioners, small businessmen and women, and of course young people. The Greek economy has contracted by more than 22%, workers and pensioners have lost 32% of their income, and unemployment has reached an unprecedented 24% with youth unemployment at 55%. Austerity policies have led to cuts in benefits, the deregulation of the labour market and the further deterioration of the limited welfare state that had survived a neoliberal onslaught.

The government argues that only the austerity agenda can make the Greek public debt viable again. But the opposite is true. Austerity policies prevent the economy from returning to growth. Austerity creates a vicious spiral of recession and an increase in debt that in turn leads both Greece and its lenders to calamity.

All this is known to the European and Greek policymakers and elites, including Merkel, who aim to implement similar programmes in all European countries facing debt problems, such as Spain, Portugal and Italy. Why do they insist so dogmatically on this disastrous political and economic path? We believe that their aim is not to solve the debt crisis but to create a new regulatory framework throughout Europe that is based on cheap labour, deregulation of the labour market, low public spending and tax exemptions for capital. To succeed, this strategy uses a form of political and financial blackmail that aims to convince or coerce Europeans to accept austerity packages without resistance. The politics of fear and blackmail used in Greece is the best illustration of this strategy.

My party, Syriza-United Social Front, respects the ordinary European taxpayer who is asked to shoulder loans to countries in distress, including Greece. The European citizens should know, however, that loans to Greece are paid into an "escrow" account and are used exclusively to repay past loans and to re-capitalise near bankrupt private banks. The money cannot be used to pay salaries and pensions, or to buy basic medicine for hospitals and milk for schools. The precondition for these loans is even more austerity, paralysing the Greek economy and increasing the possibility of default. If there is a risk of European taxpayers losing their money, it is created by austerity.

This has to stop now. Europe needs a new plan to deepen European integration. Such a plan must challenge neoliberalism and lead European economies back to recovery. It should prioritise the needs of workers, pensioners and the unemployed, not the interests of multinational companies and bankrupt bankers. Syriza-USF has committed itself to this road. We know it is a difficult one. But it is the only plan that can restore the European vision of social justice, peace and solidarity.

This plan will succeed only if popular struggles radically change the balance of forces. These struggles have started already and have led to the rise of left and resistance movements throughout Europe. They keep alive democracy, equality, freedom and solidarity, the most important values of the European political tradition. These values must prevail. Otherwise Europe will regress to a dark past we thought gone for ever.