Greek police published on Sunday pictures of four persons arrested for an armed robbery. The pictures were clearly modified in an attempt to cover the marks of the heavy beating. All four of them appear to be injured on the face, while the mother of at least one of the arrestees accuses Greek police of Guantanamo-style tortures. 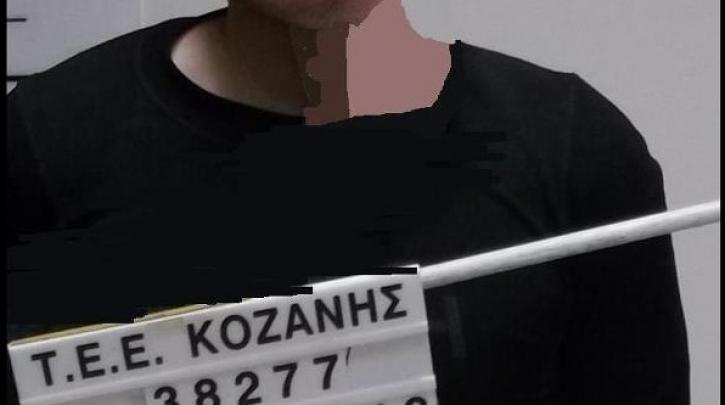 All four persons arrested, aged 19 - 24 years old, were blindfolded and heavily beaten for four hours  in custody, according to their parents' statements. When the parents  managed to see them, they were tied hand-foot to a chair, while no doctor was allowed to visit them. The police charges 3 of the arrestees  for participation in the armed organisation «Synomosia Pyrinon tis Fotias» (Conspiracy of Fire Cells).

The pictures were published on Greek police's webpage, astynomia.gr, and the first thing that can be observed is the bruised faces of all four. They all have been beaten on the same spots, evidence that may imply that they were all beaten in the same way. The police has modified the pictures to photoshop up some marks and bruises(especially one mark in the eye of one of the arrestees) and in another one the hand of a policeman holding the head of the arrested straight has been removed using photoshop-technics.

Another picture with the obvious marks of digital modification

SYRIZA/EKM, the main opposition party,  immediately after the pictures were made public on Sunday, asked for an independent investigation on the alleged incident. The Department of Human Rights of SYRIZA stated that "the signs of heavy beating are obvious on the pictures published by the police. They are so obvious, in fact, that not even the attempt to modify them has managed to cover them up. It is extremely difficult (...) to believe that this is just one more, "isolated incident" of police brutality. (...) Torturing arrested people is a shame to the greek state».

After the wave of negative reactions to the bruised faces of the arrestees, the minister of Public Order was forced to comment on the event. Nikos Dendias, the Greek Minister of Public Order (which is now so called Minister of Citizens’ Protection) tried to justify the modification of the pictures saying, on Monday, that the reason was «to make the faces recognisable by the average citizen»!


On Monday, the public prosecutor has finally asked for an investigation on the event.

SYRIZA: EXPLANATIONS BY THE MINISTRY ARE « CHILDISH AND PROVOCATIVE»

SYRIZA/EKM, the main opposition party, rejected Mr. Dendias "explanations" as "childish and provocative", adding that his ministry  «has never published such pictures of the murderers of a pakistani immigrant, or  has show none sensitivity about the armed members of [the far-right] Golden Dawn. (...)  It is certain that these statements by Mr Dendias illustrate in a clear way the far right turn of the current government, which is targeting against struggles, freedoms and ultimately democracy itself».


This is the second broadly known accusation  of police brutality during the last 4 months. The beating of 15 people in custody in the headquarters of Greek police, which were arrested during an anti-fascist demonstration, was also given great publicity. Mr. Dendias had then threatened to sue the British newspaper Guardian for giving publicity to the accusations.. ( Greek anti-fascist protesters 'tortured by police' after Golden Dawn clash)

More on the subject:  Torture: Greek police exposed once more