Migrants coming to Europe get trapped in the border countries. This needs to change. Support free choice for migrants by submitting a picture, quote or video. 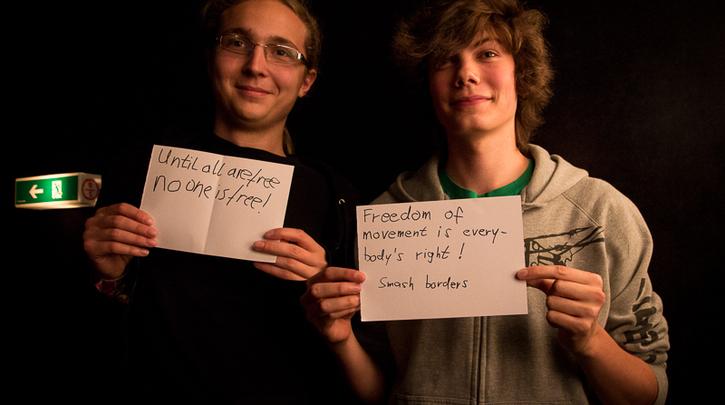 The Dublin system is effectively a trap. It is a trap for the asylum seekers and migrants who find themselves stuck in EU member states which are at the external border of the EU, which they can’t leave or to which they are returned, and in which they have no intention to stay as there’s no future there for them and their families. It is also a trap for those EU member states at the external border of the EU, which, very often, don’t have the labour markets to support all these migrants, don’t have the resources to arrest, detain and return them all while respecting the Rule of Law, and don’t get much practical help from other more prosperous EU member states, especially in the form of allowing certain groups of migrants to enter their territory for family reunification or other worthy motives. EU funds only go some way to alleviate the immense suffering of the migrants who are trapped and need to go elsewhere to start a new life. A policy of freedom of movement for everyone on the territory of the EU should replace that system, in order to facilitate matching job markets with human resources, albeit accompanied with sanctions against exploitative employers of irregular migrants (in order to reduce the exploitation and the pull factor constituted by unrecognised underground labour markets), and with more effective, human-rights-conscious return policies for irregular migrants who can be returned home.