Brief summary of SYRIZA results in the EU Elections 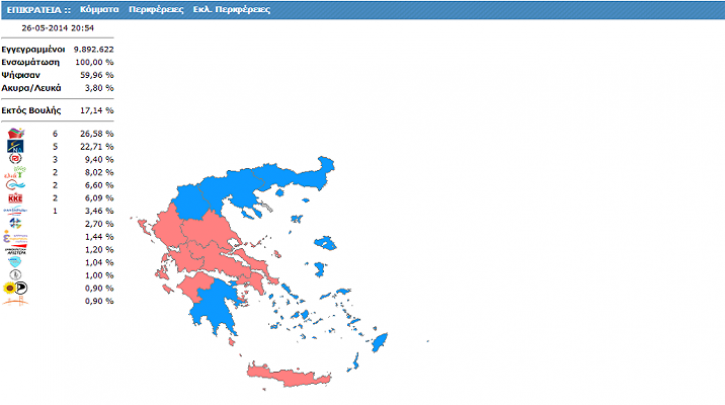 A historical victory for SYRIZA

The result of the EU Elections :

For the first time in the political history of modern Greece and for the second time in Western European history ( 1984  victory of the Italian Communist Party in the EU elections ) a great victory of the Radical Left !

In the biggest urban centers of the country, such as Attica, Piraeus and Thessaloniki, SYRIZA is in first place, while in the B’ district of Athens, the most populated district, SYRIZA is in the first place with 29,3%.

SYRIZA wins the regional district of Attica with almost 4 million inhabitants, as well as the district of the Ionian Islands.

In Attica, SYRIZA, in alliance with other left wing parties and organizations,  wins 10

Municipalities,  9 of them for the first time.

In the large urban centers outside of Attica SYRIZA wins for the first time the cities of  Larissa and Corfu, also Livadia, Kozani, Lefkada etc. The traditionally conservative historical city of Sparta for the first time elects a left wing Mayor.