Excerpts from the speech by Alexis Tsipras, President of SYRIZA, at the Central Committee meeting

Excerpts from the speech by Alexis Tsipras, President of SYRIZA, at the Central Committee meeting on 20 October 2013 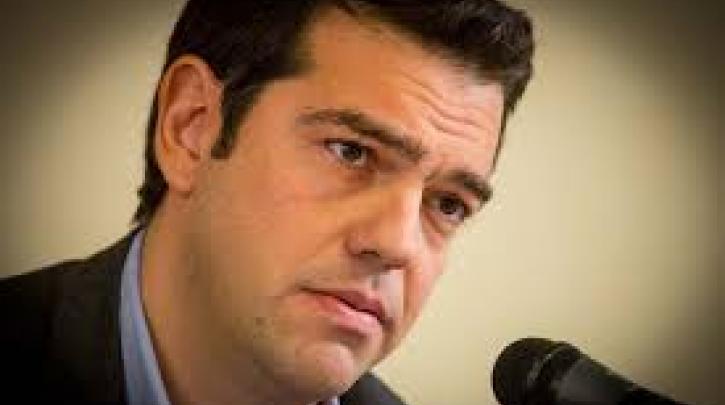 Alexis Tsipras, President of SYRIZA, declared in his introductory speech to the party’s Central Committee, which met on Sunday 20 Oct. 2013 in Athens, that “the countdown has begun for the great overthrow”. He emphasised that SYRIZA is ready to assume its responsibilities “in a period when scenaria are being hatched that will undermine democracy.” He also stated that the decision by the European Left Party to nominate the president of SYRIZA as its candidate for president of the European Commission is a great honour, both for him personally and for the struggles of SYRIZA. He declared that the “success story” trumpeted by Greek prime minister Antonis Samaras has collapsed, and that the government’s sole policy is dictated by a memorandum, in a period when everything indicates that the 3rd Memorandum is at the gates. Following are excerpts from the speech by A. Tsipras.

Comrades,
As the movement progresses, within the tangled skein of political confrontations and social conflicts, within the give-and-take of the class struggle and its influence on material reality and on people’s minds, we must always discern and single out the decisive feature, the key feature that helps us to understand how things move so we can intervene decisively.

What is this feature today?

We know that the vast majority of those who bear the oppressive burden of the Memoranda have been convinced and are becoming more convinced every day, that their sacrifices lead nowhere but to new sacrifices. We know the rage, the resistance, the desperation, the mobilisations, the movements, the outbursts – all the phenomena of a society that is being crushed under enormous pressure.

In a word: We know that the memoranda have no social consensus, that those afflicted by them reject them.

And it is precisely because of the people’s rejection, that a dirty war of fear, terrorism, lies, international extortion and domestic threats has been unleashed against them

But they still reject the memoranda. Period. As do more people, more strongly, every day.

This is decisive, the factor that has generated sweeping changes on the political stage and in the balance of political power.

There is, however, a new element, that we must note, assess and take into account, because it demands more vigilance, determination and a higher sense of responsibility from us. This new element is the following:

Today it’s not just the people at the bottom who don’t want the Memoranda, but also those at the top, who can no longer cope. They can’t stand it any more. And this is enormously important. The Samaras government is worn out.

This government is so vehemently contrary to the will of the large majority of the people, the will of the society, that it is being eroded every day. It is being eaten up by internal conflicts, shattered by moral repercussions, and becoming increasingly susceptible to despotism, to grey and black propaganda, to the use of provocation as a political weapon, and even to the restriction of democracy, precisely because it cannot govern in any other way.

And the more obvious it is that those in power can no longer cope, the more dangerous they become.

If this assessment is correct, and I firmly believe it is, we are at the most critical point of the post-dictatorship period. We have before us a government that is decaying, as are the institutions required to ensure democratic normalcy and social balance. A government that’s breathing its last, and supported on foreign crutches, with the result that democracy itself is being undermined. A government which, however, as contractor, must complete the demolition project for which it was selected, with the support of international userers and domestic profiteers, who see in the memoranda their big chance not just to increase but to consolidate their profits, and to exert stifling, totalitarian and absolute control over the entire country.

We can therefore expect the worst.

And we must be prepared to deal with the worst calmly and resolutely, with democratic perseverence and awareness of the fact that all means will be used to prevent the Left and its allies from undertaking the governance of the country.

The machinery is already in place and activated, scenaria are being drafted, government plans are being drawn up to ensure that the same policy prevails under any new government.  And to avoid elections. They are already working on plans for anti-democratic measures. A minority group around Mr. Samaras is trying to present SYRIZA as an internal enemy and to mobilise reserves from the state and para-journalism to spread insinuations, slander and baseless rumours.

Their plan has been a total failure. Because we were ready and vigilant. Because we were determined and will be merciless to those who go beyond the limits of propriety. But also because their plan was disputed both by the majority of citizens and by their own party officials.

I invite them to get serious. The state no longer has secret anti-communist and anti-Left plans, nor is the international environment what it used to be in the 1950s and 1960s. Nothing resembles what they have in their minds. Which is why they have made themselves look ridiculous.
These facts, I believe, will also determine our tactics in the immediate future.

The countdown for the great overthrow has begun. The countdown has begun for the Left – for the bloc of social and political forces that propose, struggle and fight for another, radically different policy from that of today – to assume their great responsibility. We are already prepared to shoulder our responsibilities. And we will not allow anyone to stand in the way of the country’s progress toward a democratic overthrow. […]

The other day in Madrid, the European Left Party decided to nominate the president of SYRIZA as its candidate for president of the European Commission. This proposal honours us greatly. I am not talking about myself, for whom the honour is self-evident. I am talking, above all, about SYRIZA and of course about our country and the struggles of our people, who are acknowledged by the parties of the European Left as the vanguard of the people’s resistance throughout Europe. […]

Many have asked me, after yesterday’s nomination: Where will you conduct your struggle, in Greece or in Europe? I reply:  Europe is at war. An economic war with millions of casualties. Our nations are not fighting among themselves. The peoples and the working people are battling against the international financial system, aggressive capital and the bankers.

The front on which this war is being fought is in the European south, in Greece.

So if our comrades honour us by nominating me to lead the battle of the European elections, a battle decisive for the outcome of the war, it is not to remove me from the front lines, but to reinforce the front. Here, then. we shall fight the battle. On the front, in the front lines. A battle that we’ll fight in our own country on behalf of all the peoples of Europe. A battle against austerity and memoranda. A battle to change the correlation of forces all over Europe, so that no nation will have to experience what the Greek people are going through because of the memoranda. A battle to stop the wave of national regrouping that is expressed in some countries by right-wing or far-right movements.

The message then is this: just as the policy of the Memoranda and its devastating austerity started out in Greece, it will be from Greece that the way will be paved for a new Europe of social justice, jobs, and growth to serve the peoples’ needs.