Tassos Koronakis, Secretary of the Central Committee of SYRIZA, calls for acts of social and political solidarity. From the organization of rallies and awareness campaigns across Europe, to institutional initiatives in local, regional and national parliaments and personal or collective statements of support to the efforts of Greece to swift the European paradigm of austerity. 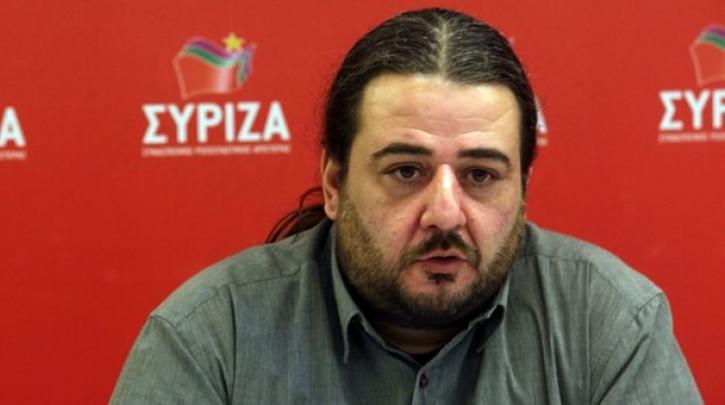 After almost four months of intensive negotiations, we have reached a moment of truth for our common European project. The Syriza-led government does its best to reach an honorable agreement with its European and international partners that respects both the obligations of Greece as a European member-state, but also the Greek peoples' electoral mandate.

The Syriza-led government has already started a series of reforms that tackle corruption and widespread tax-evasion. Spending is reined in and collected tax revenue exceeds expectations, reaching a primary budget surplus of 2.16 bn (January-April 2015), far above the initial estimation for a 287m deficit. Meanwhile, Greece has honored all debt obligations by its own resources ‒a unique case among European nations‒ since any disbursement of funds has been cut off since August 2014.

Four months of exhausting negotiations have passed, where Greece’s creditors systematically insist on forcing on the SYRIZA-led government the exact austerity program that was rejected by the Greek people in the January 25 elections. Liquidity asphyxiation orchestrated by the Institutions, has led to a critical situation for our country’s finances, making it unbearable to serve upcoming debt obligations.

The Greek government has done its best to reach an agreement, but red lines -having to do with sustainable and not unrealistic primary surpluses, the restoration of collective contracts and the minimum wage, workers’ protection from massive lay-offs, the protection of wages, pensions and the social security system from further cuts, stopping “fire-sale” privatizations etc- are to be respected. Popular sovereignty and democratic mandates are to be respected. Greek people’s patience and goodwill is not to be mistaken as willingness to succumb to unprecedented blackmail. European democracy is not to be asphyxiated.

Times are crucial; political will from our European partners is needed to overcome the current stalemate. This call is not just a call for solidarity, it is a call for due respect of the foremost of European values.

In this framework, SYRIZA appeals to all progressive and democratic social and political actors who acknowledge that Greece’s fight is not limited within its national borders, but constitutes a fight for democracy and social justice in Europe.

In these critical moments, we are calling for acts of social and political solidarity, ranging from the organization of rallies and awareness campaigns across Europe, to institutional initiatives in local, regional and national parliaments and personal or collective statements of support to the efforts of Greece to swift the European paradigm from disastrous austerity to a new model for sustainable growth.

Your support is of utmost importance, not only for the people of Greece, but for the fate of the European idea.

With our warmest regards,

Tasos Koronakis, Secretary of the Central Committee of SYRIZA.