Unless we change Europe, the far-right will change it for us, writes Alexis Tsipras 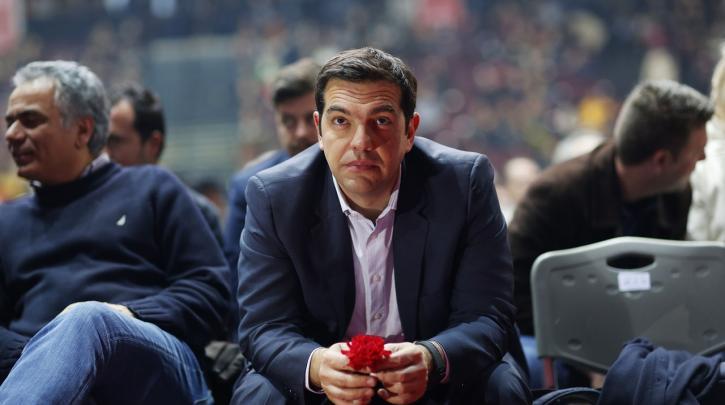 Greece changes on January 25, the day of the election. My party, Syriza, guarantees a new social contract for political stability and economic security.

We offer policies that will end austerity, enhance democracy and social cohesion and put the middle class back on its feet. This is the only way to strengthen the eurozone and make the European project attractive to citizens across the continent.

We must end austerity so as not to let fear kill democracy. Unless the forces of progress and democracy change Europe, it will be Marine Le Pen and her far-right allies that change it for us.

We have a duty to negotiate openly, honestly and as equals with our European partners. There is no sense in each side brandishing its weapons.

Let me clear up a misperception: balancing the government’s budget does not automatically require austerity. A Syriza government will respect Greece’s obligation, as a eurozone member, to maintain a balanced budget, and will commit to quantitative targets. However, it is a fundamental matter of democracy that a newly elected government decides on its own how to achieve those goals. Austerity is not part of the European treaties; democracy and the principle of popular sovereignty are. If the Greek people entrust us with their votes, implementing our economic programme will not be a “unilateral” act, but a democratic obligation.

Is there any logical reason to continue with a prescription that helps the disease metastasise? Austerity has failed in Greece. It crippled the economy and left almost a third of the workforce unemployed. This is a humanitarian crisis. The government has promised the country’s lenders that it will cut salaries and pensions further, and increase taxes in 2015. But those commitments only bind Antonis Samaras’s government — which will, for that reason, be voted out of office on January 25.

We want to bring Greece to the level of a proper, democratic European country. Our manifesto, known as the Thessaloniki programme, contains a set of fiscally balanced short-term measures to mitigate the humanitarian crisis, restart the economy and get people back to work. Unlike previous governments, we will address factors within Greece that have perpetuated the crisis. We will stand up to the tax-evading economic oligarchy. We will ensure social justice and sustainable growth, in the context of a social market economy.

Public debt has risen to a staggering 177 per cent of gross domestic product. This is unsustainable; meeting the payments is very hard. On existing loans, we demand repayment terms that do not cause recession and do not push the people to more despair and poverty. We are not asking for new loans; we cannot keep adding debt to the mountain.

In 1953 London Conference helped Germany achieve its postwar economic miracle by relieving the country of the burden of its own past errors. (Greece was among the international creditors who participated.) Since austerity has caused overindebtedness throughout Europe, we now call for a European debt conference, which will likewise give a strong boost to growth in Europe. This is not an exercise in creating moral hazard. It is a moral duty.

We expect the European Central Bank itself to launch a full-blooded programme of quantitative easing. This is long overdue. It should be on a scale great enough to heal the eurozone and to give meaning to the phrase “whatever it takes” to save the single currency.

Syriza will need time to change Greece. Only we can guarantee a break with the clientelist and kleptocratic practices of the political and economic elites. We have not been in government; we are a new force that owes no allegiance to the past. We will make the reforms that Greece actually needs.

The writer is leader of Syriza, the Greek opposition party