Crucible of Resistance: Greece, the Eurozone and the World Economic Crisis

Crucible of Resistance is a book that seeks to challenge the mainstream account of the 'Greek Crisis' and situate it within a broader regional context and ultimately a critique of the world economic system. 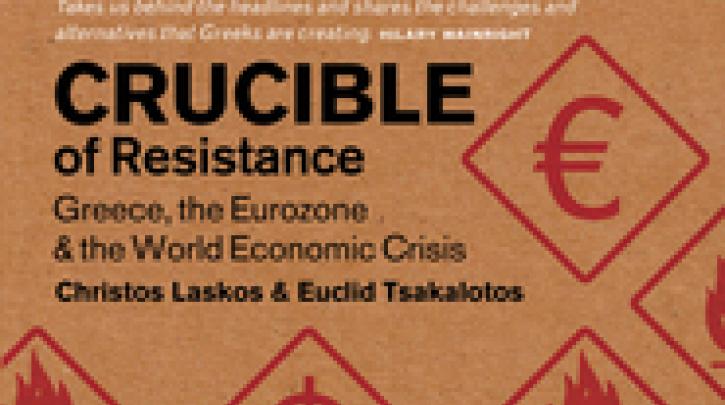 Christos Laskos and Euclid Tsakalotos argue that Greece’s exceptionalism is largely a myth. They show how the causes of the 2008 global financial crisis lie in key features of the neoliberal economic order, including income and wealth inequalities and the hollowing out of democratic and deliberative institutions. A progressive exit from the crisis, for Greece and the eurozone as a whole, entails meeting head on the limitations of the neoliberal order.

Crucible of Resistance argues that an effective response entails confronting not just the neoliberal order, but also the earlier social-democratic Keynesian regime. This book widens out the debate about the crisis in Greece and the eurozone linking it to socialist and class strategies at the international level.

Christos Laskos is an economist, teacher and co-author, with Euclid Tsakalotos, of 22 Things that they tell you about the Greek crisis that aren’t so (2013). He is a member of the political secretariat of SYRIZA, the Greek radical left party.

Euclid Tsakalotos is a Professor of Economics at the University of Athens and a member of Parliament for SYRIZA. He is the co-author, with Christos Laskos, of 22 Things that they tell you about the Greek crisis that aren’t so (2013).